#cbusfoodbloggers Pucker Up at Pretentious

Not into sour beer? Neither was I before I visited Pretentious Barrel House over a year ago. Now I almost exclusively drink sour beer and I’ve never looked back. Making exclusively sour beer, chances are they have one that appeals to your taste buds. And like I mentioned they have flights available to make sampling even easier. So hang out and sip for awhile. 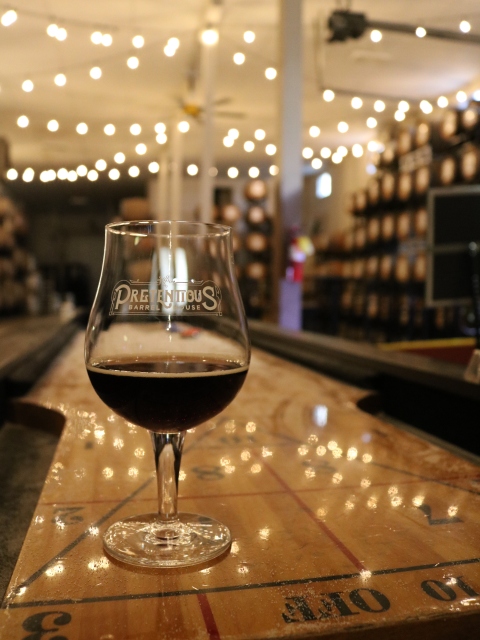 Pretentious Barrel House was the first sour focused brewery in central Ohio, but they took it a step further because their sours are also barrel aged. Their hard work has paid off because their Magnanimous sour won Best in Show this year out of 400 beers at the Ohio Brewers Cup! As in best beer overall, not just sours.

The weather may not be very favorable to enjoying their patio these days, but thankfully there are plenty of games (and a skee-ball league!) to be played inside and hot food available from the unapologetically delicious Moody Trudy Food Truck.

Trudy is passionate about food and it it shows. From snacks and dips to sandwiches and soups, I’ve loved everything I’ve ever had but my new favorite is the jackfruit, which is a testament to her goal to accommodate every eater. When she is not at Pretentious, you can find her fare inside The Shrunken Head in Italian Village every Thursday. 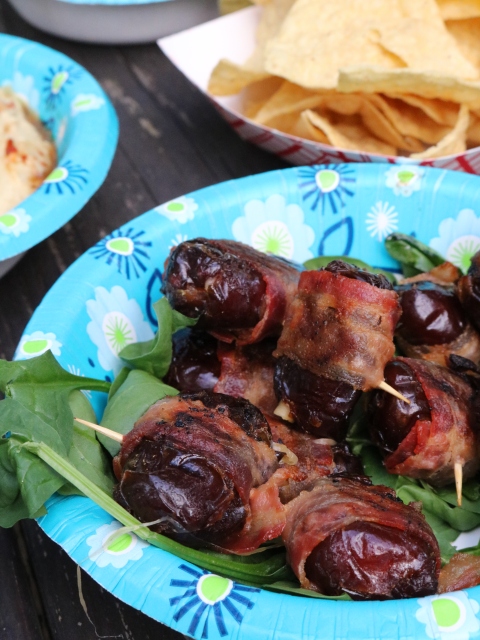 You can’t have a meal without dessert, so why not order some ice cream that can only be found at Pretentious? While you can find Indulgence Ice Cream at various restaurants in town (La Tavola, The Old Spot, etc), there are flavors made with Pretentious sour beer that you can only get here! Proclaimed as the best in town by almost everyone who has tried it (including myself), Indulgence Ice Cream has a real stake in the Columbus ice cream scene.

We were treated to one-time-only ice cream flights, so don’t try to order that, but you can order single servings (or two if you’re a sharer) anytime. Watch Indulgence Ice Cream’s IG or Facebook for new flavors at Pretentious and around town. You can even request special orders if you’re nice ;-).

Quite the lovely evening if I do say so myself. If I lived closer I would be there much more often and be a lot poorer.

So many reasons to check out Pretentious if you haven’t done so already. You could even host a party in their space!