I dare you to go to Little Eater and not crave vegetables as your main course. Actually I don’t dare you to try not to, I urge you to do it! Little Eater’s produce inspired menu makes even the meat lovers want to be vegetarian. 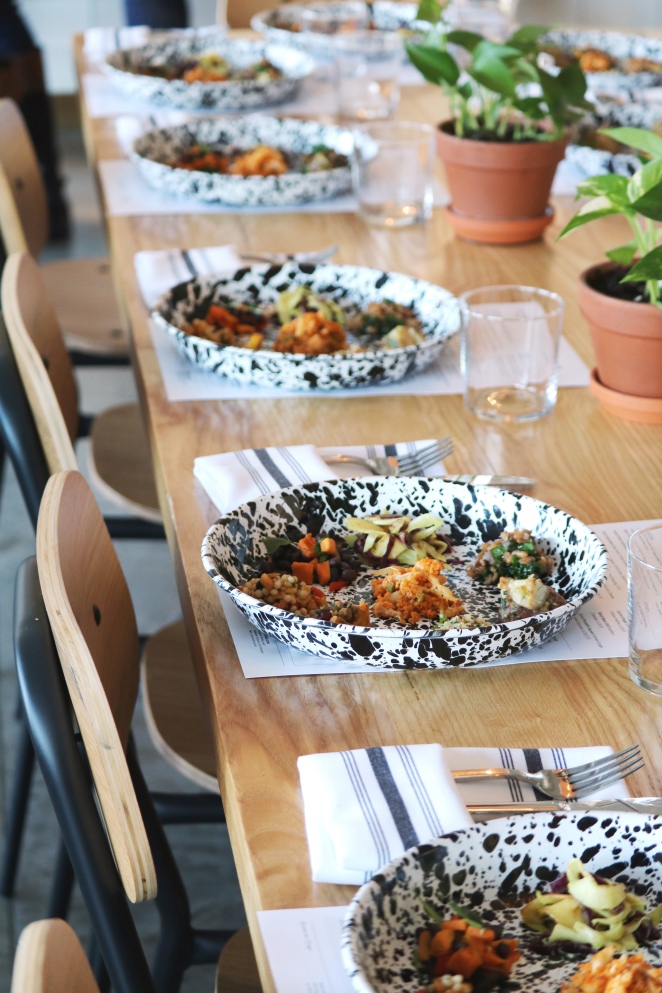 Disclosure: Our food was complimentary. Opinions and photos are our own.

Little Eater recently opened their first brick and mortar outside of the North Market in Clintonville and are proving that it’s time to let vegetables be front and center, the star of our plate. They have perfected the magic trick of bringing people around a table full of vegetables without needing to talk about health. Instead they focus on good food and the joy of sharing a meal with people you love or just treating yourself to a meal that makes you feel good. 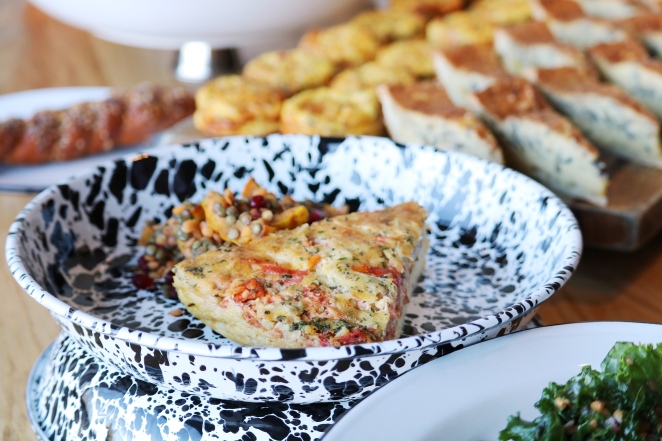 The goal of Little Eater and it’s owner, Cara Mangini, is to connect guests with the seasons every moment of the year. Their heart and core is the Farmers and Markers from which they acquire all of their ingredients, from which they find their inspiration. And by supporting the health of the community, it gives them a deep sense of purpose. 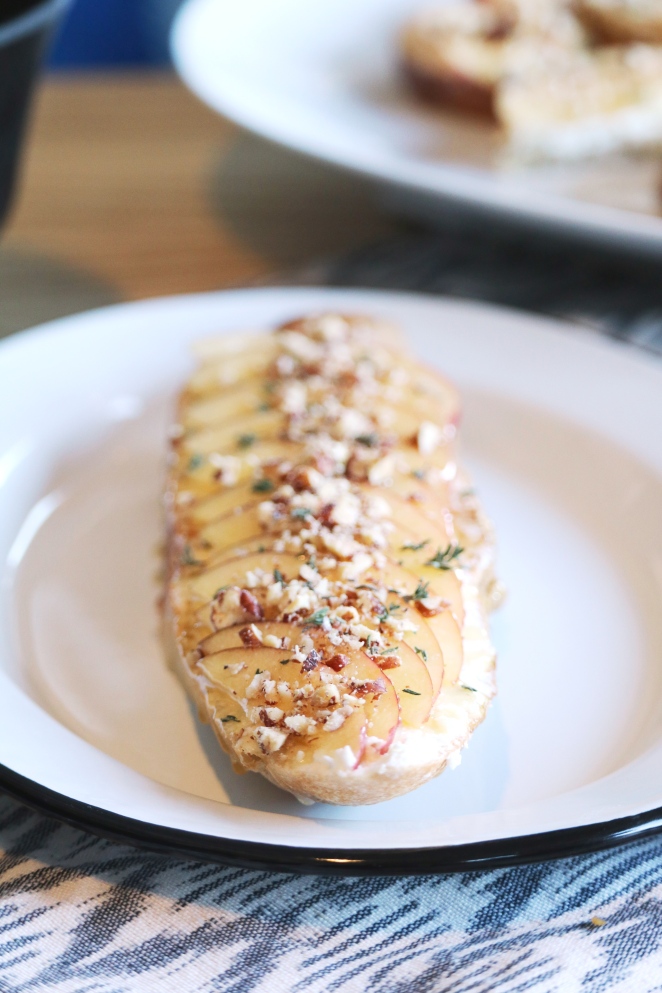 As such, the menu along with the veggie scoops available change with the seasons. There will always been similar types of menu items, but what they are comprised of will vary based on what is seasonally available. Which means everything is made fresh, and the vegetables are processed as little as possible so that you can enjoy their true essence.

Speaking of their veggie scoops, they can be served as a side or combine three to design your own plate and create a meal that breaks out of preconceived ideas of vegetables. Can’t decide? You can get a tasting before you pick!

One that has been around since the beginning is the kale and spelt berry, as well as the succotash. Right now there’s also a potato leek salad (inspired The Vegetable Butcher Cook Book – but more on that in a minute), butternut squash quinoa, delicata squash with lentils and pomegranate seeds (my favorite!), pearl cous cous (also inspired by Cara’s cook book), apple fennel slaw (again in the cookbook), and roasted cauliflower with tomato couscous. 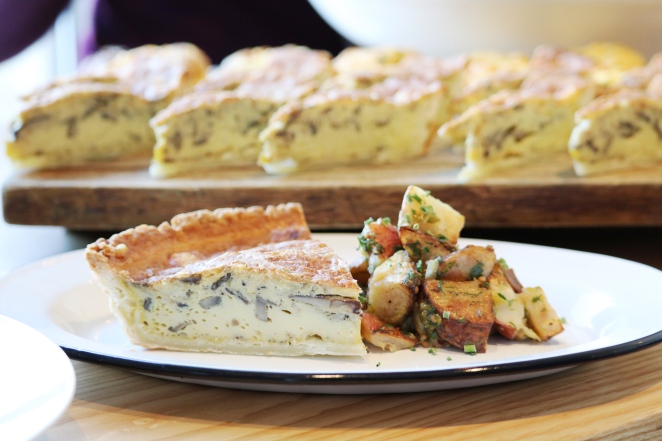 Prefer your scoops along side something that looks more typically like an entree? They’ve got you. Try the butternut squash steak sandwich, served on bread from Dan The Baker, with a scoop on the side. Or how about the classic mushroom quiche served with the potato scoop? The Swiss chard frittata is also a favorite (and the recipe is in her cook book). Or how about an egg salad served on an everything pretzel roll – an item that is new to the Clintonville location!

There’s also plenty of little indulgences such as their cheddar biscuits with honey butter, parsnip ginger cupcakes (in the cook book along with a vegan carrot cake cupcake recipe), four kinds of cookies, and the classic maple pecan granola which is another staple since the beginning. 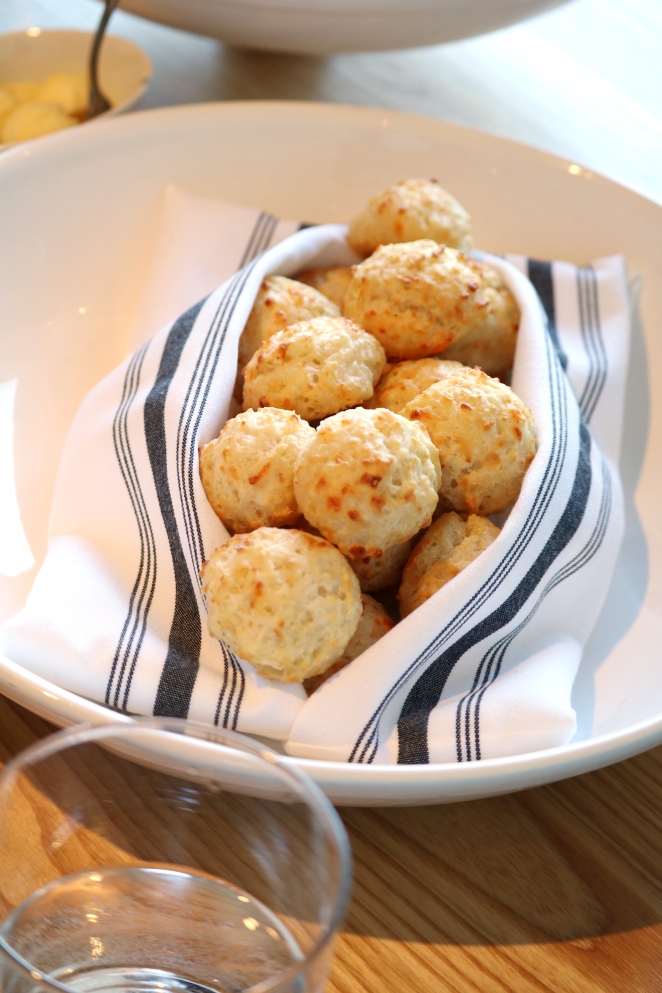 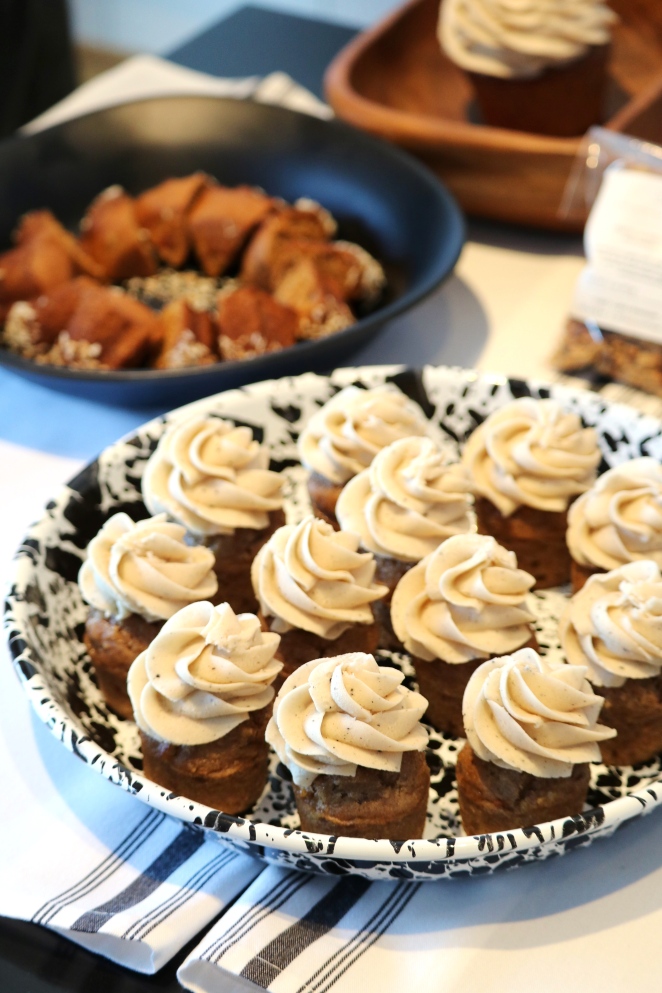 But let’s talk about the woman behind these masterpieces. Cara Mangini as you may have guessed is the Vegetable Butcher. Originally from San Francisco, she first went to Journalism school outside of Chicago and then moved to NYC to work for a magazine followed by Estee Lauder for may years. While living in Brooklyn, farm to table was a growing trend and the highlighting of these ingredients inspired her. She told stories of working on cookbook ideas while her friends were out at the bar, and lead to combining of her love of cooking and gathering people around the table into a career.

Cara went to culinary school with a program that was mostly plant based. Afterwards, as the first vegetable butcher at Eataly, she wanted to remedy the bad name vegetables had. Instead she wanted to get people excited about a beautiful meal made of vegetables. It began with developing the concept of packaged vegetables at grocery stores. She started as a pop up at the Hills Market in 2012 and later moved into the North Market in 2015. As for the name? It was actually her blog name, which she admitted never intended to become her business name but it stuck.

Clearly the name “Vegetable Butcher” stuck as well when she set out to publish her first cook book, a dream she had had for a long time. The concept of the cook book was to give people the tools to make vegetables more convenient. Vegetables tend to confound people in our culture and they don’t know how to prepare them. So she found all the tips, tricks, and techniques and bestowed them upon us all – along with the recipes of course! To continue on her journey to educate us on all that is vegetables, she hopes to eventually do cooking classes and publish another cook book. 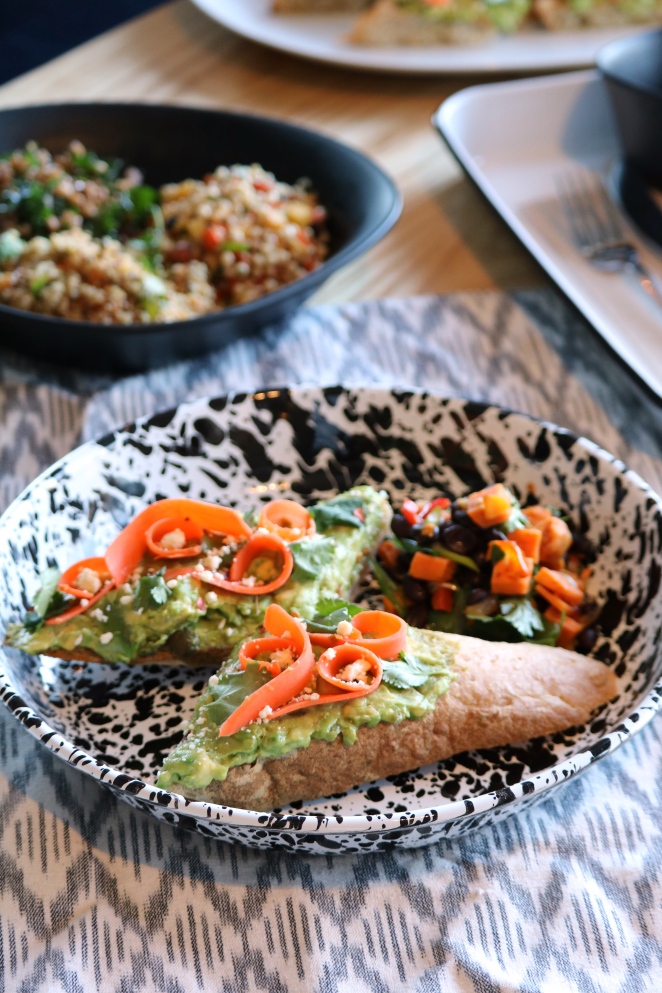 Looking for specials? Social Hour runs everyday from 3-6pm with $4 Ohio craft beers and a special menu of shareable snacks that are made to put at the center of the table and share away. Soon they will also be serving wine and have a few more new menu items up their sleeves!