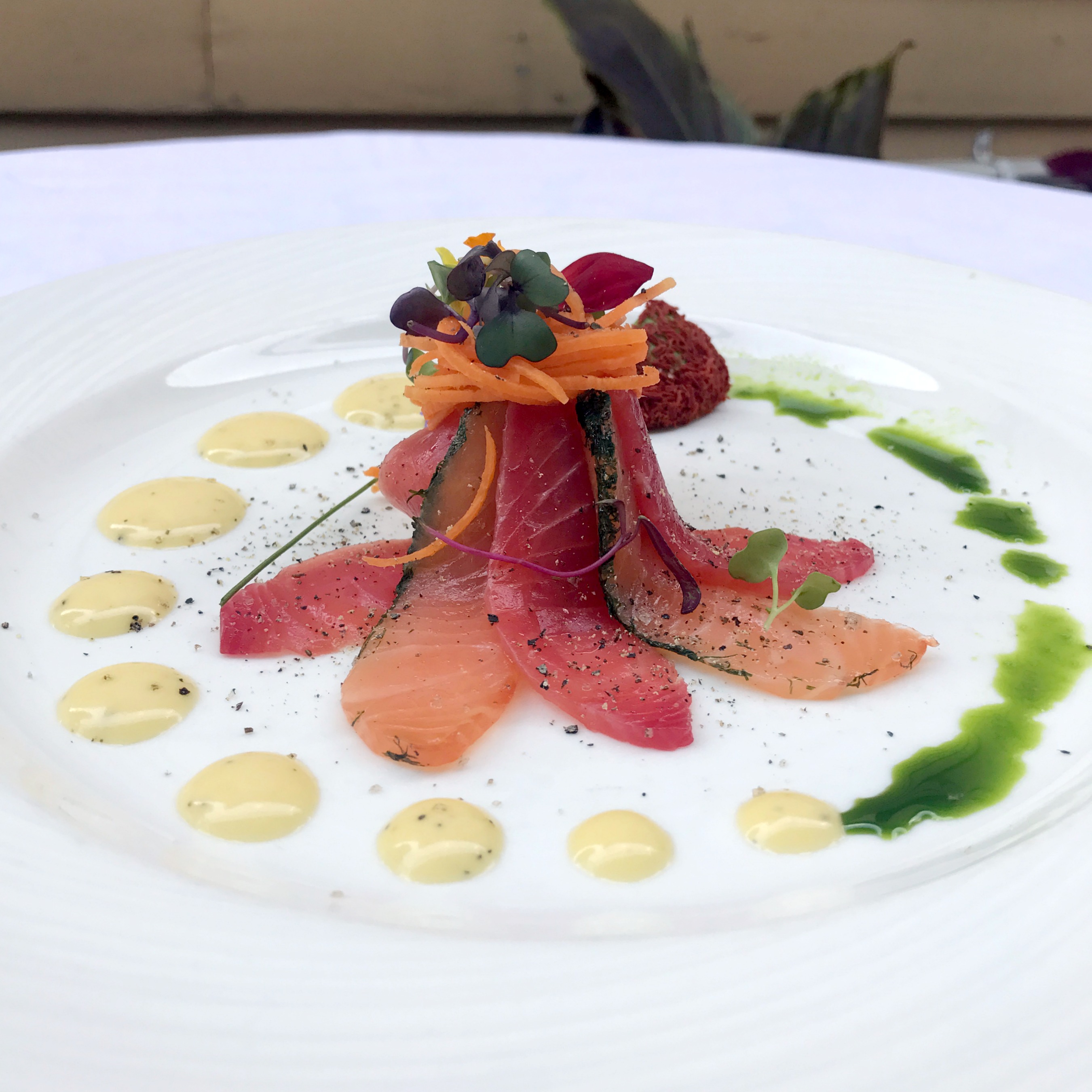 It’s been one month since the #cbusfoodbloggers met up at The Refectory for what was, hands down, one of the most memorable dining experiences of my life.  Nary a day has passed that I haven’t thought about this meal.  In case this sounds like an exaggeration, just take a gander at the tasting menu we were served: 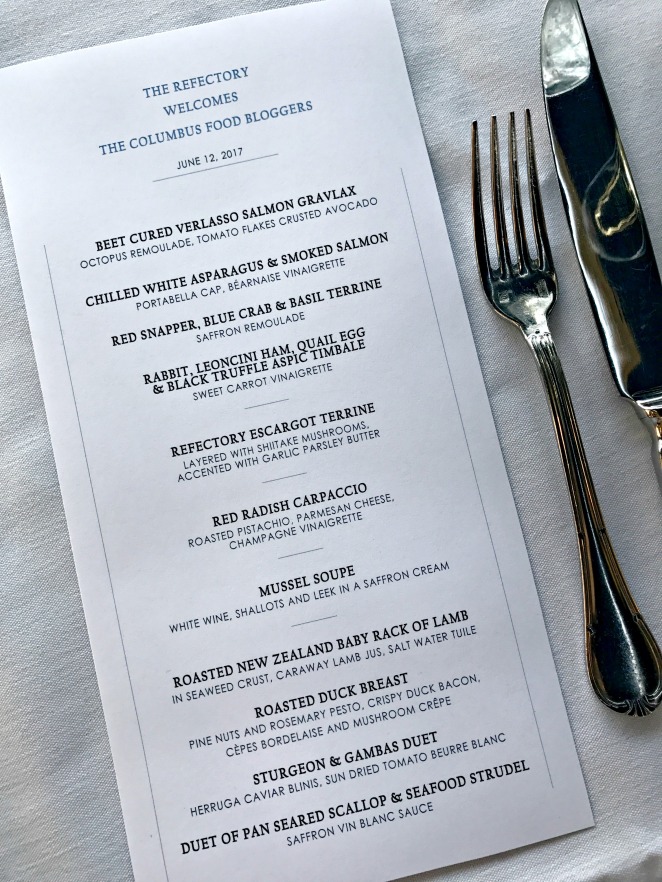 That is eleven courses, my friends, which does not include the delightful house baked bread served with the creamiest of butters or the barrage of house made desserts we endured.  With a menu this intricately designed, I found myself turning to Google learning new terms as we moved from dish to dish.  In this spirit, I thought I’d take a different approach for this blog post and explain some of the lesser-known preparations and ingredients (with some help from Google and my copy of the Food Lover’s Companion, of course).  Learning is fun, right!?  I will do my best to refrain some saying “and it’s freakin delicious” after each description, but no promises. 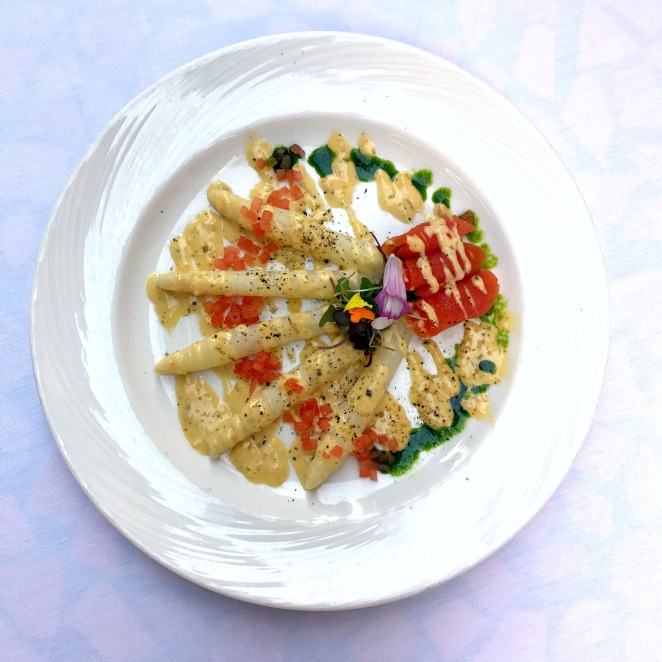 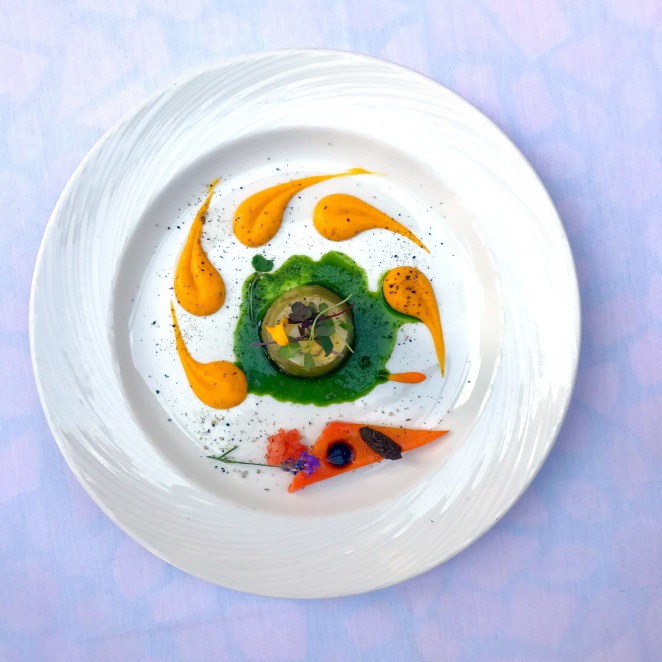 Mussel Soupe with white wine, shallots, and leek in a saffron cream. 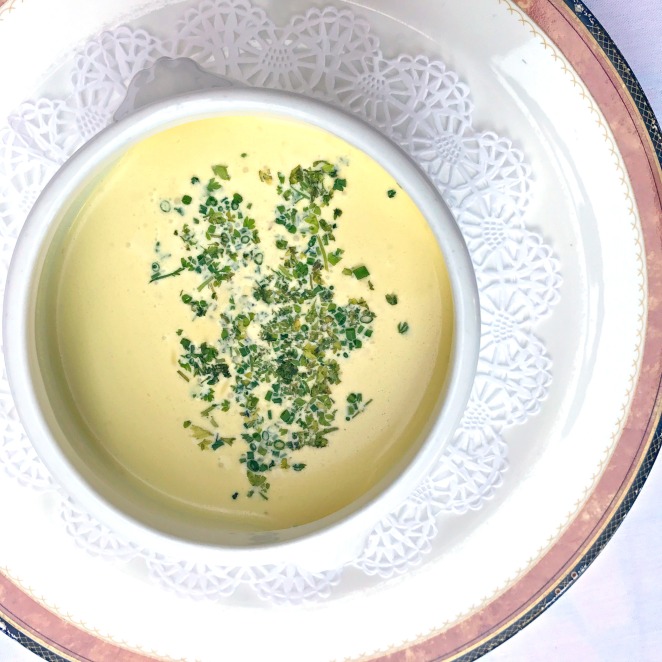 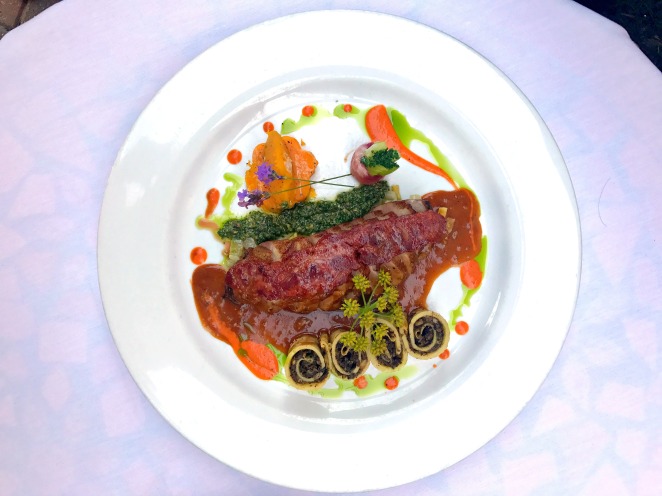 Ladies and gentlemen, have you made your reservation yet??

For those who haven’t experienced The Refectory firsthand, I’ll note a few interesting pieces of the back story, starting with the building itself.  Built in the mid 1880’s, the original structure served as a church.  It was later relocated on the property and structurally joined with two small schoolhouses.  The building continued to serve as a church until the 1970s, when it was sold and converted into The Olde Church-House restaurant.  Then in 1980, the building was sold again and The Refectory was born.

The word “refectory” is a nod to the history of the building–a refectory is a communal dining hall within a church or religious institution.  The current owner, Kamal Boulos, has been with the Refectory since before the Refectory existed–he started in the kitchen at The Olde Church-House restaurant, worked his way up to general manager, and then purchased the restaurant in 1991.

Chef Richard Blondin is from Lyon, France.  He moved to the States as a teenager, and has been with the Refectory over 25 years.  Chef Blondin is known for his masterful sauces and intricately designed dishes.

I’d be remiss if I didn’t mention the beautiful desserts.  By the time we made it through the tasting menu, we’d lost our lovely light.  Thankfully, #cbusfoodbloggers always bring reinforcement.

The desserts were, of course, fantastic!  Some of our favorites:

For a truly special dining experience, I whole heartedly recommend The Refectory.  It is unlike anything else in Columbus.  Truly sublime.

2 thoughts on “#cbusfoodbloggers: The Refectory”