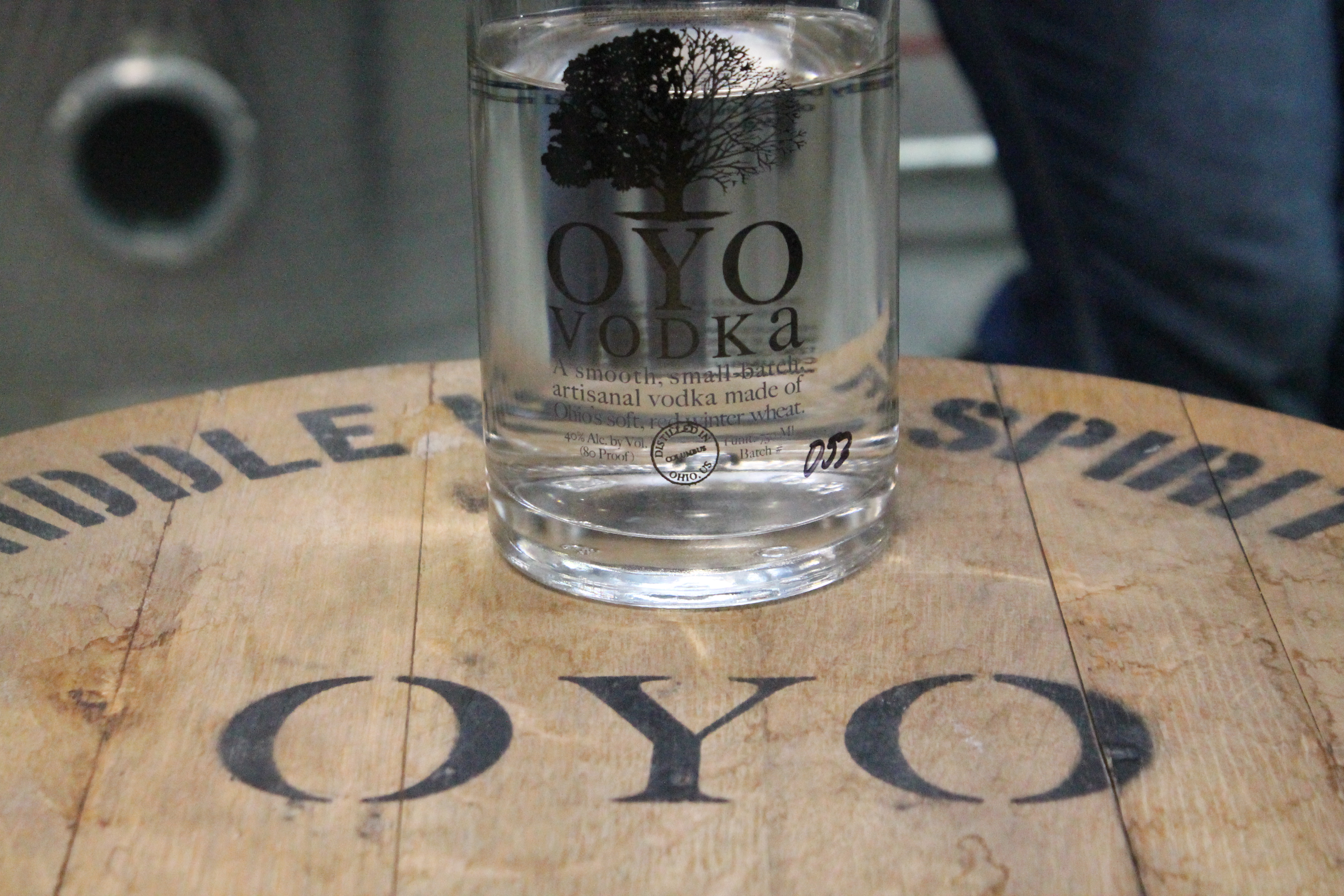 Middle West Spirits is here to put Columbus, OH on the map with their artfully crafted spirits.

When you think of craft spirits, Ohio might not the first state that comes to mind, but Middle West Spirits is here to change that. Middle West is privately owned by Ryan and Brady who are passionate about what they do. They make jokes about Middle West being built on the backs of their retirements (and credit cards) but they clearly are are all in! While other companies build to sell, their primary concern is the future of Middle West – to put craft spirits and Ohio on the map. And they certainly don’t waste any time, they already are in the top 3% of production in country!

Ryan and Brady, met through their spouses who work at Abercrombie. Before meeting, Brady grew up in advertising and was part of the tech movement in Seattle, working with start up companies. Ryan’s family has been producing spirits in Williamsburg, Pennsylvania since the late 1800s (after all, the original whiskey trail started in Pennsylvania, traveled through Ohio, and ended in Tennessee). Not only did Ryan learn the basics from his grandfather, he also has experience building manufacturing facilities. After meeting in 2007 and realizing their skills sets worked perfectly together, a year later they started the business and opened to public June 2010. Ryan can now say that in addition to being a 4th generation bootlegger he is also a 1st generation legal distiller!

Their current location has been many things in the past, from a warehouse for art supplies, a taxi cab garage, and a shooting range. Despite needing quite a bit of love, the building had great bones and they tried to keep what elements they could. The newest edition was the tower added onto the back to house their 5 story still. The construction was predicted to only take 9 months but ended up taking 18! Turns out it was a learning experience in renovations for not only the owners but for the architects and the city.

Do you know the difference between craft and micro? Craft is more about production, while micro is more about size. Some craft spirits are starting to be outsourced and are therefore misleading. For example, Bullet is 100% outsourced which allows for consistency but technically it is not craft. On the flip side, Middle West makes everything themselves and can therefore call their spirit craft. However, since they have lots of capacity they do have a few partner productions. They work with half dozen other brands to help smaller brands increase their scale of production. For example, Karate Cowboy is technically not craft, but they are a Columbus brand and entrepreneur.  Such a collaboration is just one of the examples of the supportive family that is local beer and spirits here in Columbus. 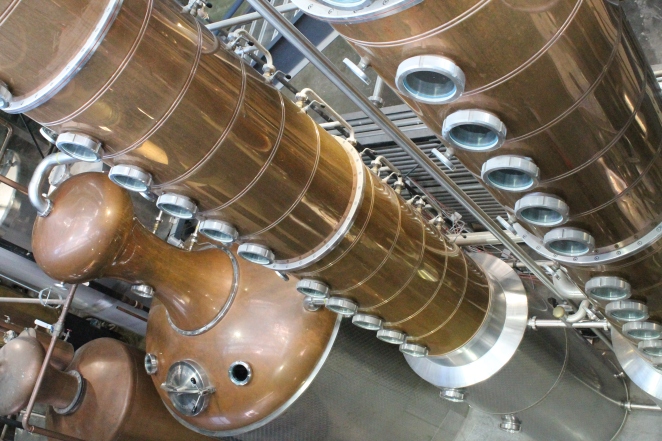 Speaking of the distillery, when you walk in your eyes will first notice the forest of fermenters but your nostrils will trick you into thinking you are in a bakery. All that yeast at work! They technically are the largest brewer in Columbus but they take it a step further to make the spirits instead of beer. As you travel through the distillery, their enthusiasm will seep into your bones as they talk to you about spirits like you would talk about beer. From beginning to end they have story to tell with each spirit they make and why they make it that way.

Before we get into their spirits, where the heck does the OYO label come from? The answer is simpler than you may expect. OYO is the Native American name for the Ohio River and the tree on their bottles is a take on the Buckeye tree. However, they are repackaging in the next year so if you are partial to the current designs they encourage you to buy as much as you can now!

The first OYO spirit we sampled was the vodka. While most American vodkas are a white box (meaning they are meant to be blended), their vodka is more old school. It is distilled 26 times resulting in a soft, flavorful, and distinct taste that can stand alone or be mixed. They call it their wine story in a vodka bottle. 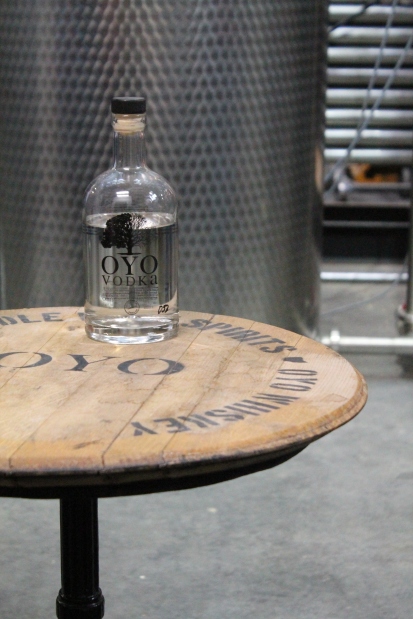 The OYO honey vanilla bean is a traditional infused vodka using real vanilla beans, not extract, which results in a layered and delicious flavor that again can stand alone or be mixed – warm or cold. In fact it’s been used in Jeni’s estate ice cream! Another neat quality is the straw color which they did not filter out because they think of spirits as food – they taste like food and therefore should look like food. 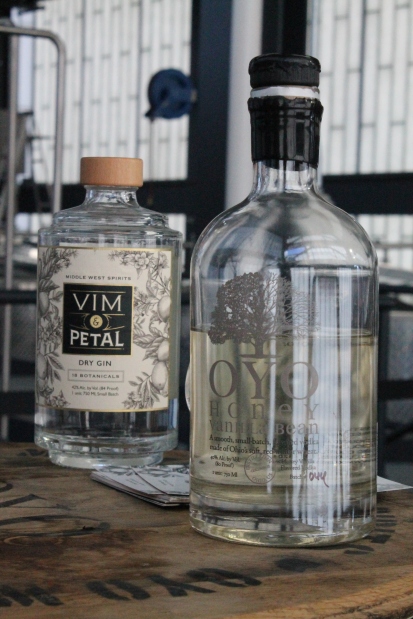 Next up was the Vim & Petal gin. Did you know that at least 50% has to be juniper in order to be gin? Be warned though, most juniper is toxic so they strongly advise not trying to make it from random stuff in your yard. As with the rest of their spirits, they wanted their gin to be able to stand alone or mix well in a cocktail with a sweet yet savory flavor.

The first and only blend they make is the OYO Michelone Reserve, named after Ryan’s grandfather, which uses a mixture of whiskey and bourbon barrels. The resulting spirit has been recognized as the best wheat bourbon in country! It is halfway between a bourbon and a rye – the best of both worlds.

The star of the day may have been their bourbon barrel-aged maple syrup which uses real maple syrup from Northeastern Ohio maple farms that sits in barrels for a year and released to the masses in October or November – mark your calendars! It actually won the good food award in San Francisco this year! Stacy (Eat Pretty 614) can attest to it’s greatness as she was quoted as saying “I don’t like bourbon but bourbon syrup I can do!” 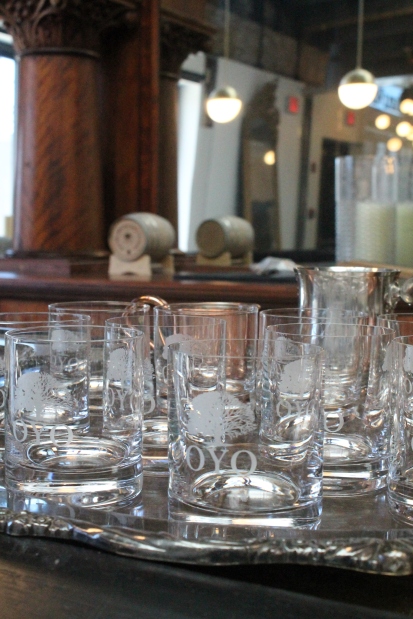 Even though they only just reopened, they apparently can’t get enough reno projects because they just started construction on their front room which will soon be a restaurant and service bar. Thus far that space has only been used as a catering space for holiday events, but soon it will also have a patio like their neighbors Brother’s Drake. Their bar, which will remain one of the fixtures when the restaurant opens, is from the mid-1800s and is made by hand from 7 exotic kinds of wood and the bar front is made from old craftsman doors.

At said bar after the tour, Chef Avishar Barua (“The” Avishar on Intagram) made us a bourbon smash. Fun fact, he was actually in med school before he decided to go to culinary school!  And it’s clear his knowledge in science has impacted his culinary journey. Despite his claim to not like showy displays, he wowed us with a technique called nitro muddling which was used on the mint leaves and subsequently made for a very dramatic looking cocktail. While we were only able to sample one of his creations, just like the owners he is passionate about his role in the company and we cannot wait to come back to try his menu.

Want to come in for a tour? During their off-season, tours are only available Friday and Saturday, but in-season they are also available on Thursday. For $10 a person you get to walk through with a flight of spirits and the tour takes about an hour. Check their calendar to sign up for a visit! 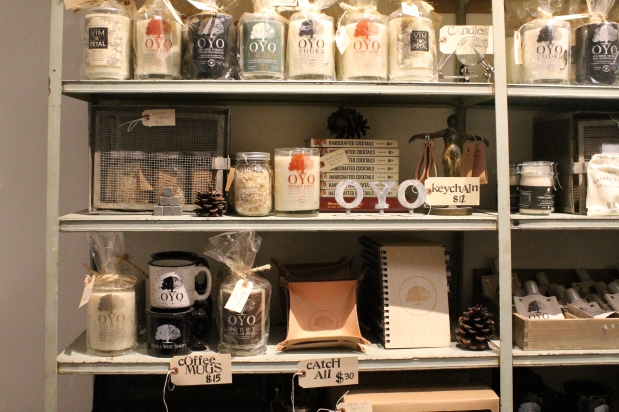 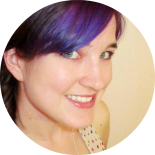