It was like a scene from some National Geographic documentary, except in this story, the predators in the wild were Columbus Food Bloggers and the prey was hot, cheesy pizza.  I’ve never seen anything like it before.  Nary a blogger could be seen without a half-eaten slice in hand, each silently eyeing the latest pie to emerge from the Paulie Gee’s wood-fired pizza oven, ready and waiting to pounce.  Pizza after pizza after glorious pizza, conquered one by one by a team of instragram-wielding foodies. 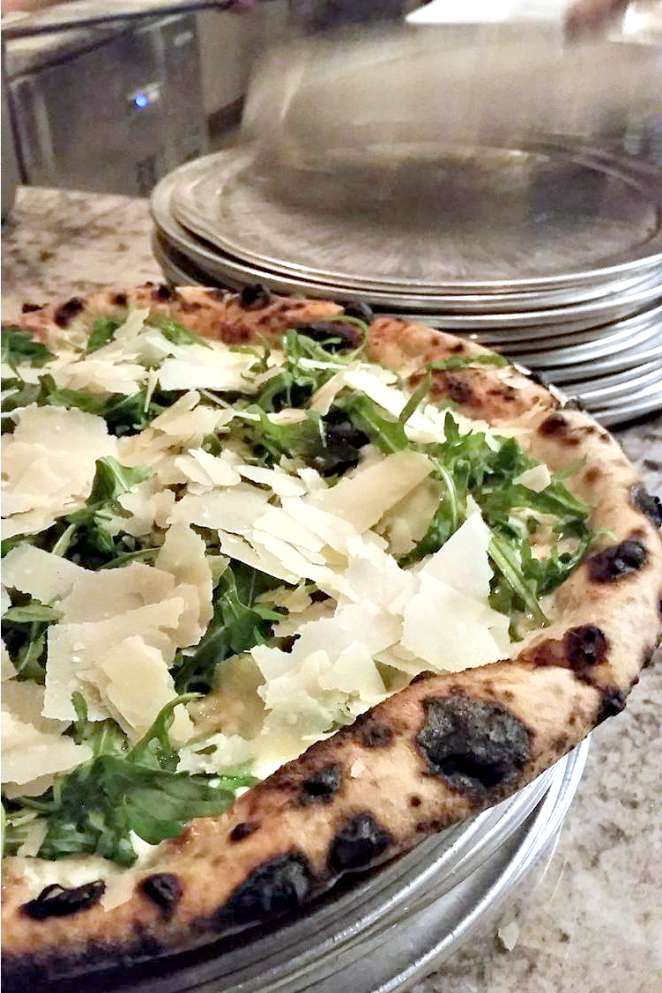 But let’s take a step back from the pizza carnage and start with the story’s beginning.  It all starts with TJ Gibbs, who, several years back, was studying hospitality and business administration at OSU.  Despite his academic pursuits, a corporate desk job wasn’t exactly what TJ had in mind for himself long term.  Through the powers of Google stalking and mutual connections, TJ came into contact with Paul Giannone (Paulie Gee), the owner of the original Paulie Gee’s in Brooklyn.  The pizza business beckoned TJ, and after graduating from OSU, TJ went to New York for a year long pizza-apprenticeship with Paulie.  TJ says it was more than just learning about pizza–he learned just as much about people under Paulie’s wing.

Drawing on his experiences in New York, TJ opened Paulie Gee’s Short North in January 2016.  While the restaurants bare the same name, TJ’s vision for the Columbus shop is one that is organic to our city.  For example, the Short North menu includes a Ray Rays Hog Pit BBQ pizza and “The Katzingers 83” with swiss, pastrami, sauerkraut, and Russian dressing. 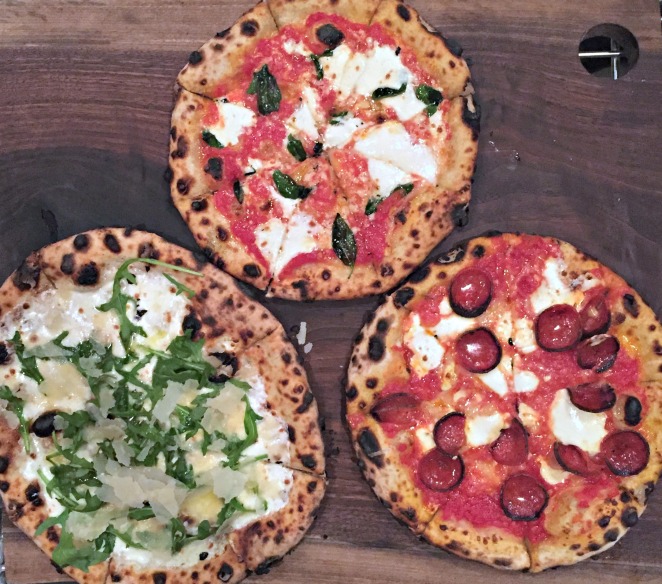 Good news.  The more pizzas you order, the more crust you can consume.  Here, the pizza is wood-fired in a Napoli pizza oven, resulting in a crust that’s crisp, not-too-thin, and slightly charred.  Perfect for dunking in Mike’s Hot Honey (a throw back to the original New York location).

To say the #cbusfoodbloggers had an awesome time invading Paulie Gee’s Short North is an understatement.  The pizza is fantastic, the drinks are on point, and the service team members are rock stars.  We recommend you stop in for a visit very soon!